There photos show most of the elements you’ll find under the right side cover, with my notes about anything to which you especially need to pay attention. 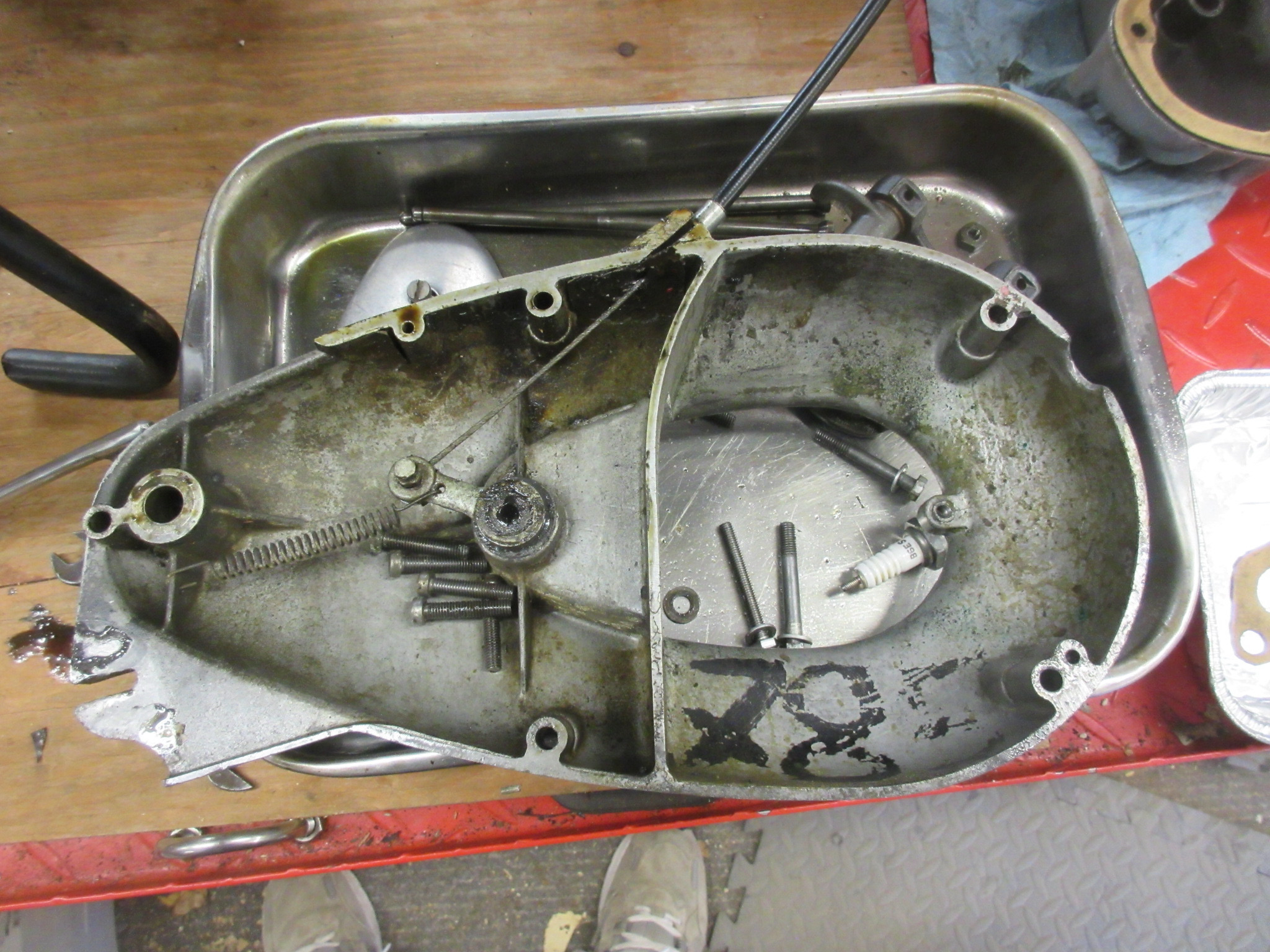 You don’t need to remove the small access cover for the dynamo. There is nothing on the inside of the outer cover except the clutch actuating mechanism. 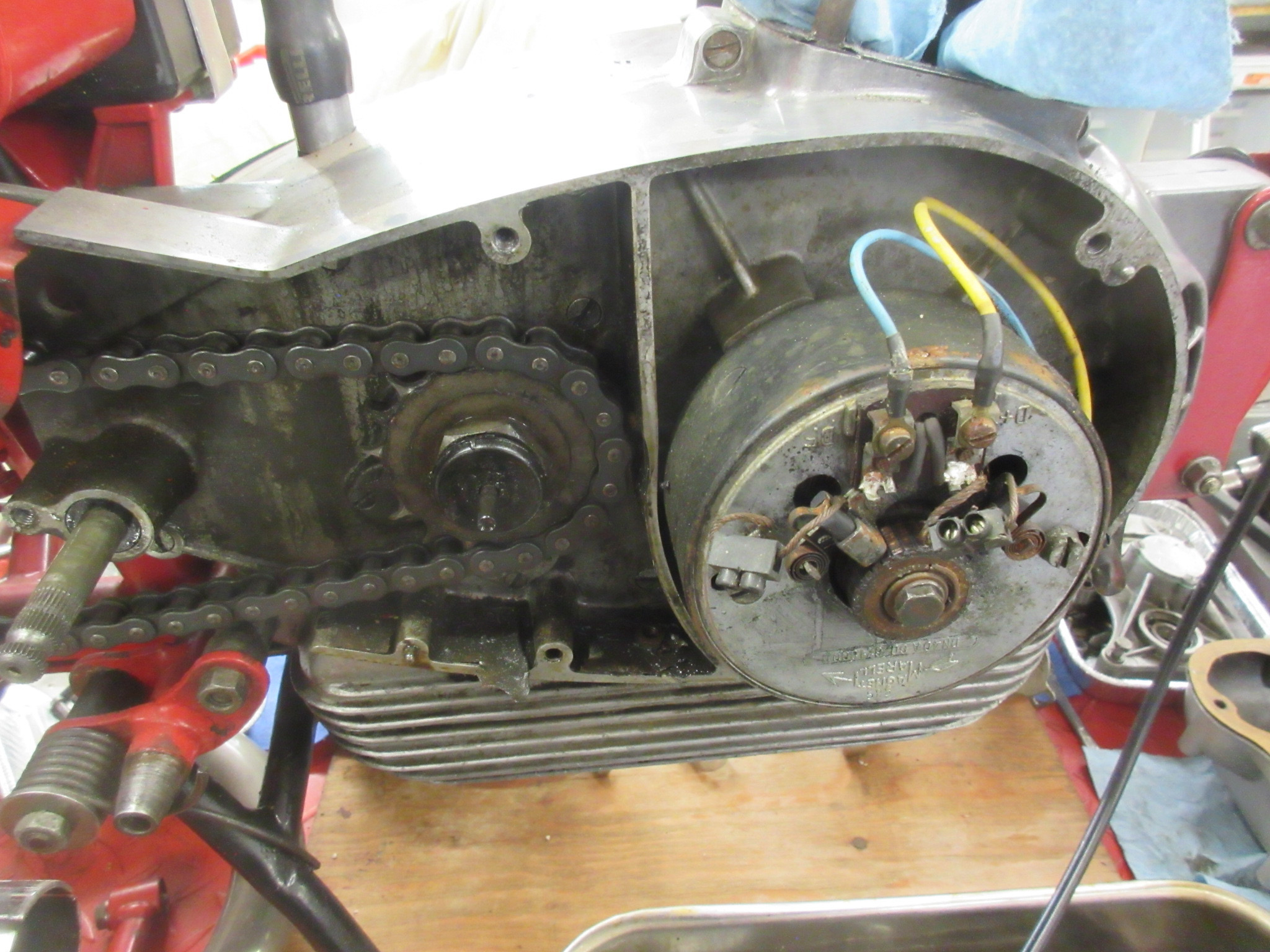 If you’re doing a full teardown you can remove the drive chain and sprocket now. Pull out the clutch rod, free up the locking tab on the big nut with hammer and chisel, get out the impact wrench with a 32mm socket and pop off the retaining nut (normal right-hand thread). The sprocket comes off easily. 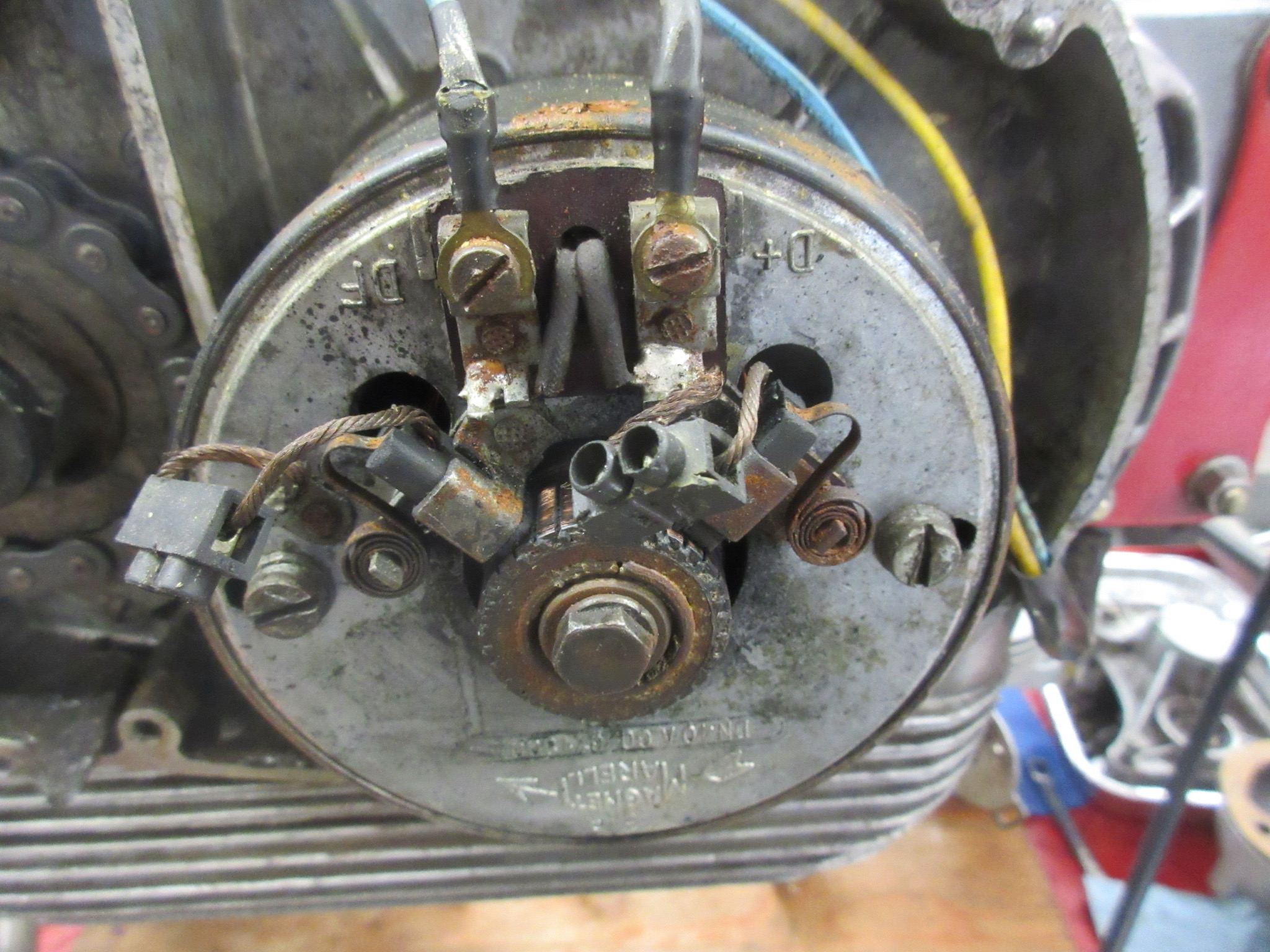 Then remove the two wires to the stator, remove the two screws holding the stator to the inner case and the central retaining bolt (right-hand thread) and the stator will come right off. The rotor, not so much. In fact getting the rotor off was one of the tougher jobs I ran into with this engine. There’s no trick, it’s just really tight on the taper of the crankshaft. I used a general-purpose three-jaw puller. When it was tight I whacked the end with a hammer, then tightened a little more. After several rounds of this the thing broke loose with a loud snap. There is a keyway in the crankshaft but not in the rotor: it’s orientation does not matter on this engine. In earlier 175s the contact breaker points were on the dynamo so it make sense that the orientation of the parts would matter. 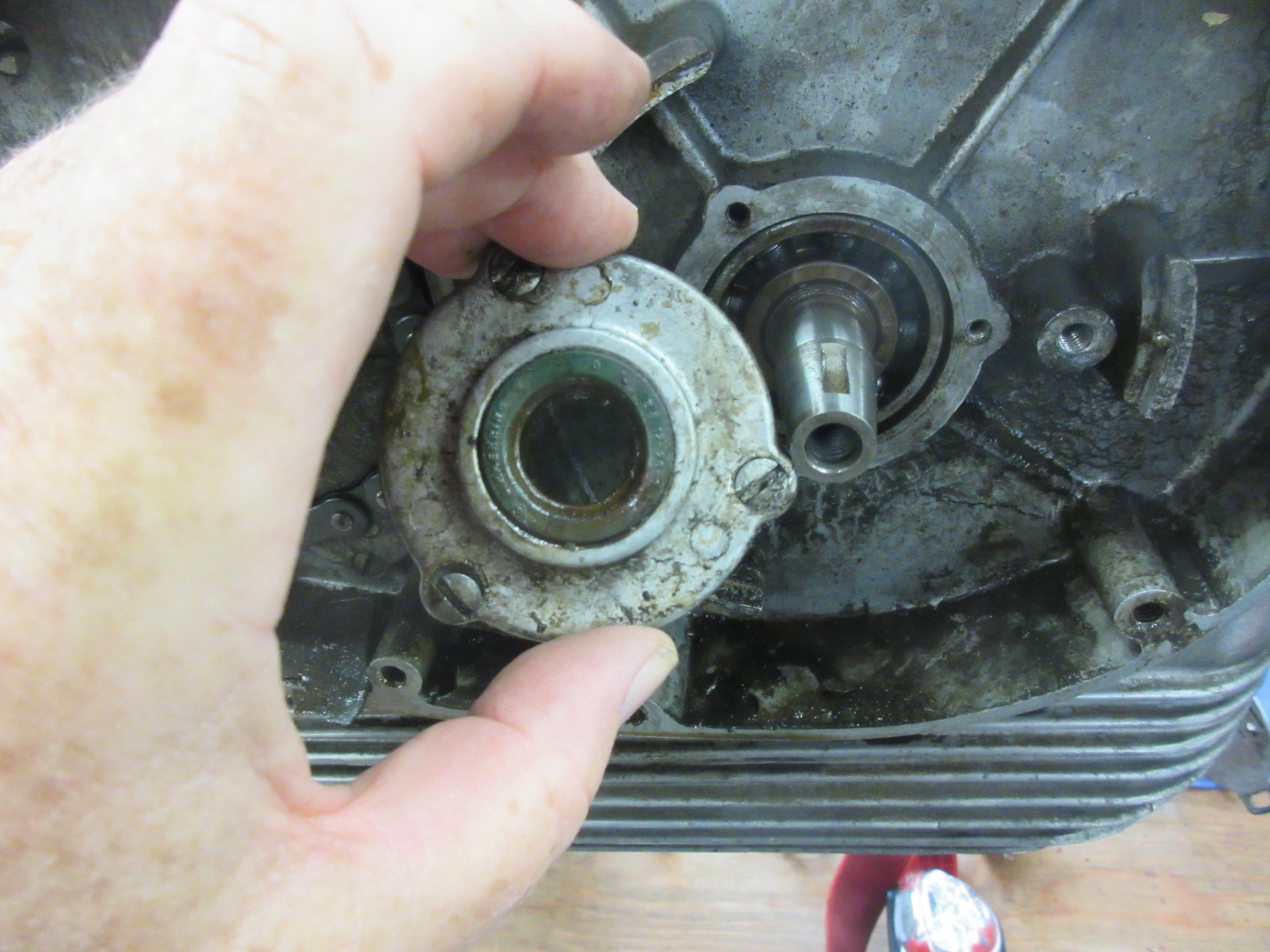 Remove the three screws attaching the main bearing retainer on the inner case and remove the plate. 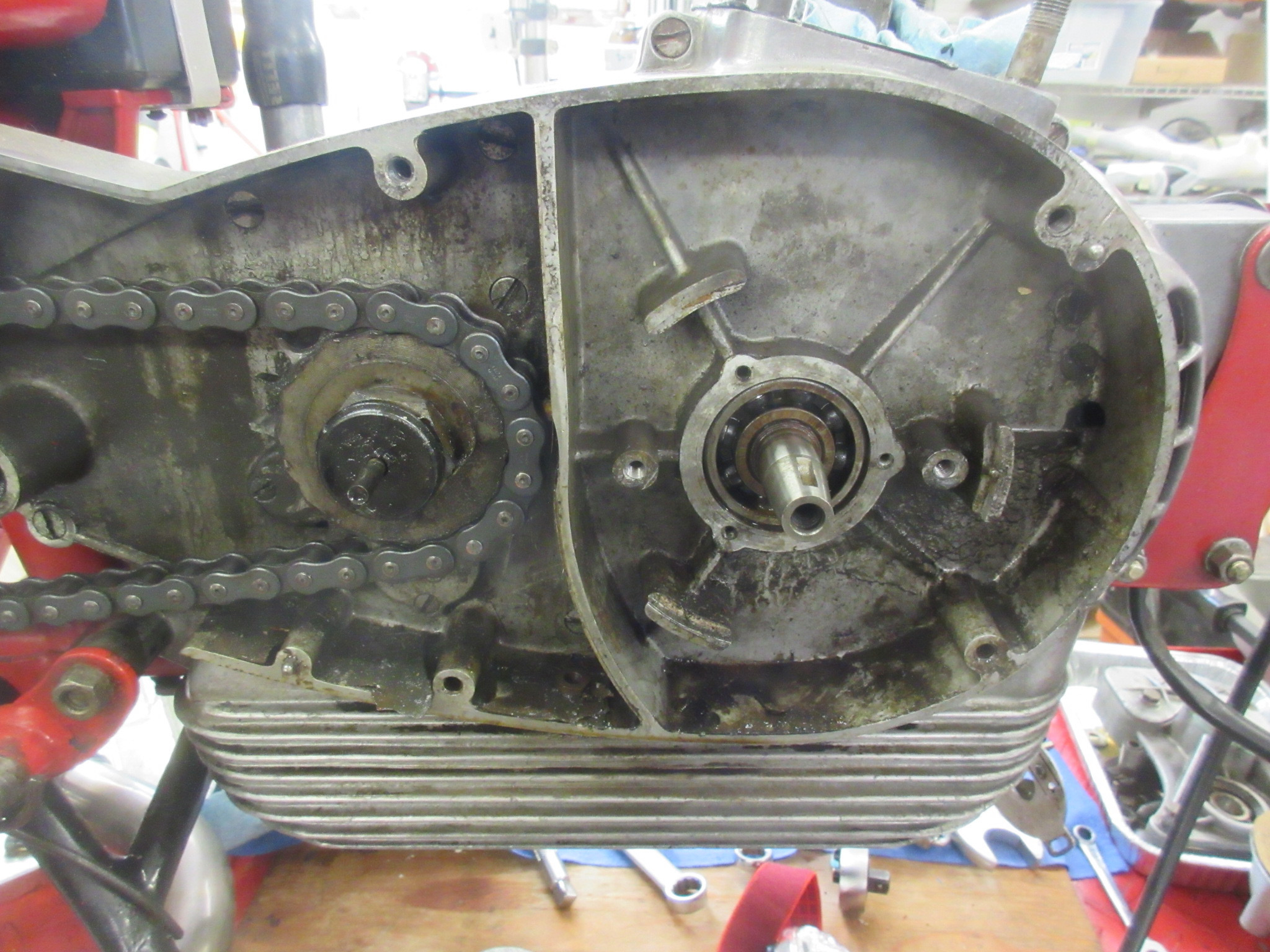 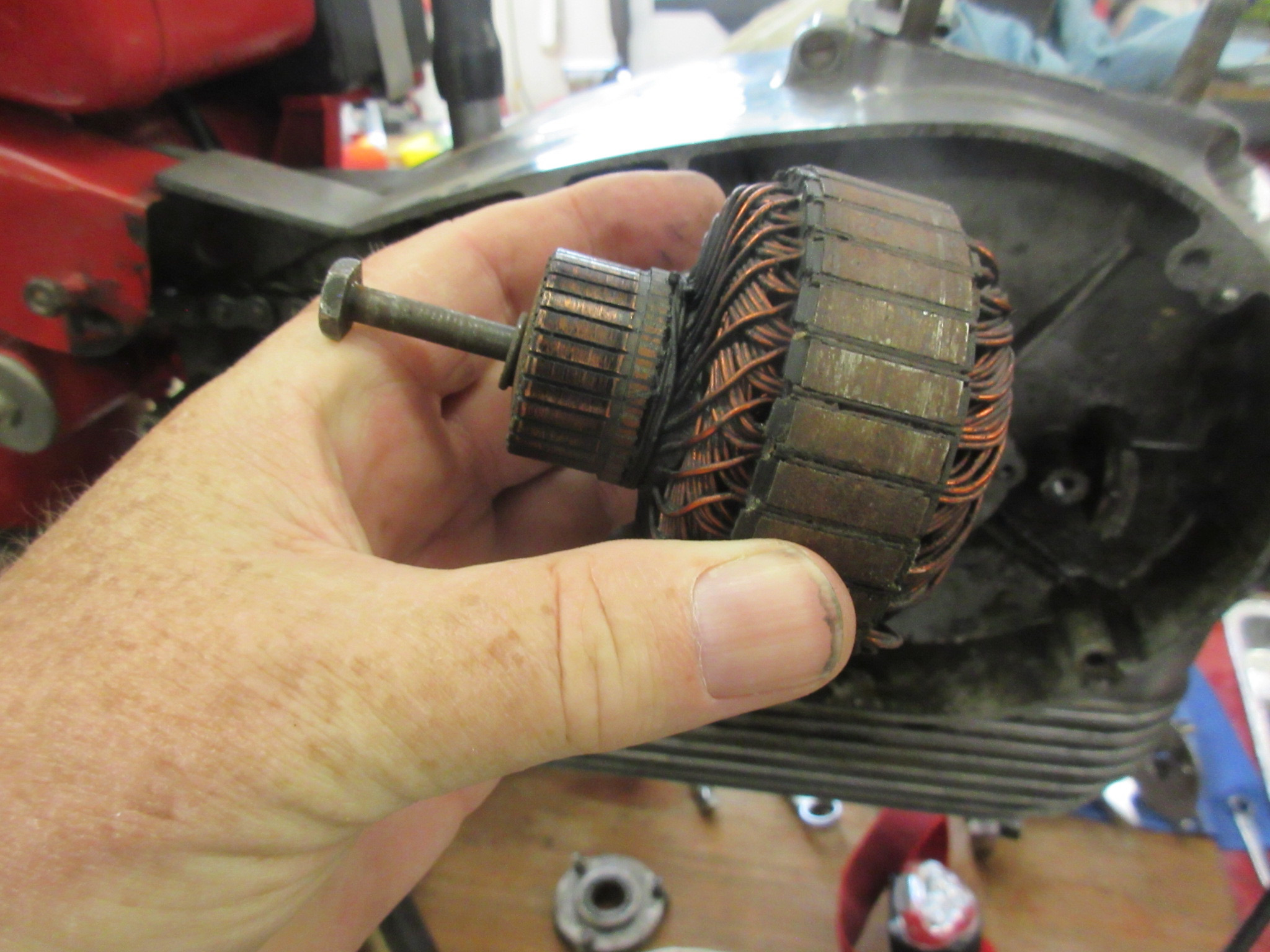 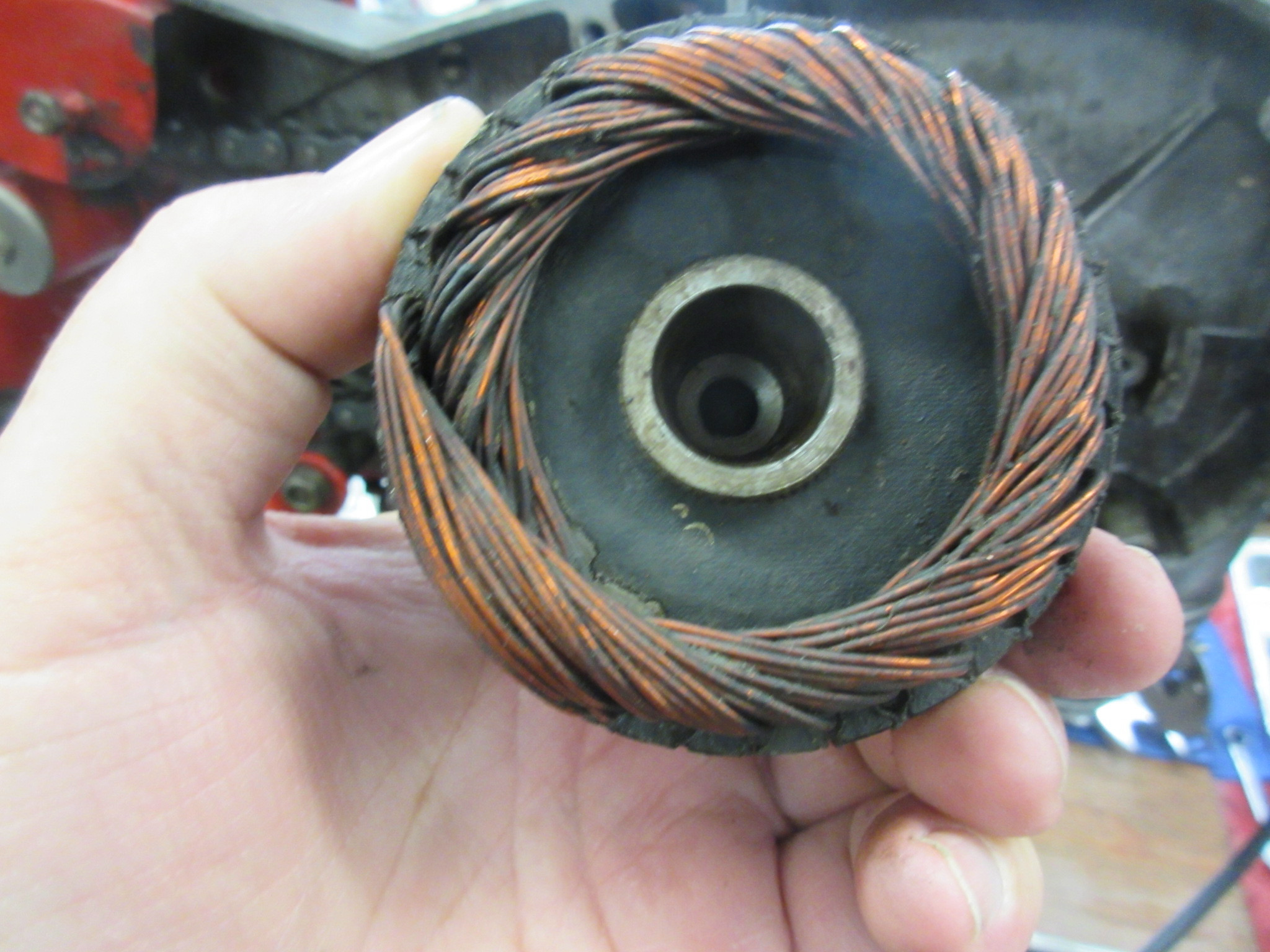 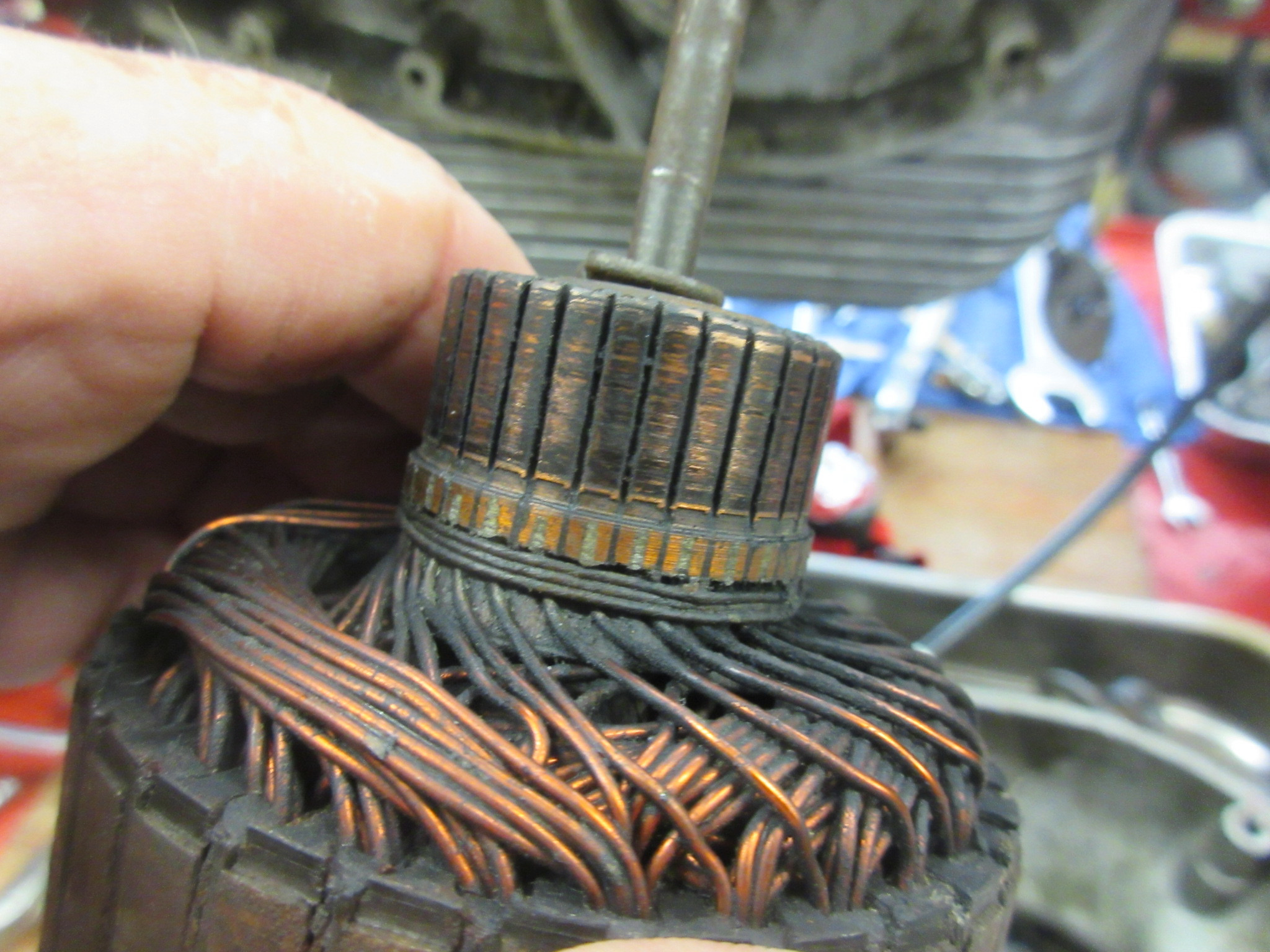 I have not tested the dynamo but I will take the rotor and stator to a generator shop for evaluation. If it’s a problem there is at least one modern replacement on the market (PowerDynamo).