I have wanted a Morini 175 for a long time but they are very rare in the U.S. I finally decided to be pro-active and contacted Michael Harper-Smith, a well known collector and seller of small Italian motos. He replied that he had a 1957 Gran Turismo that was a duplicate in his collection and therefore expendable. Here are some photos he sent me. 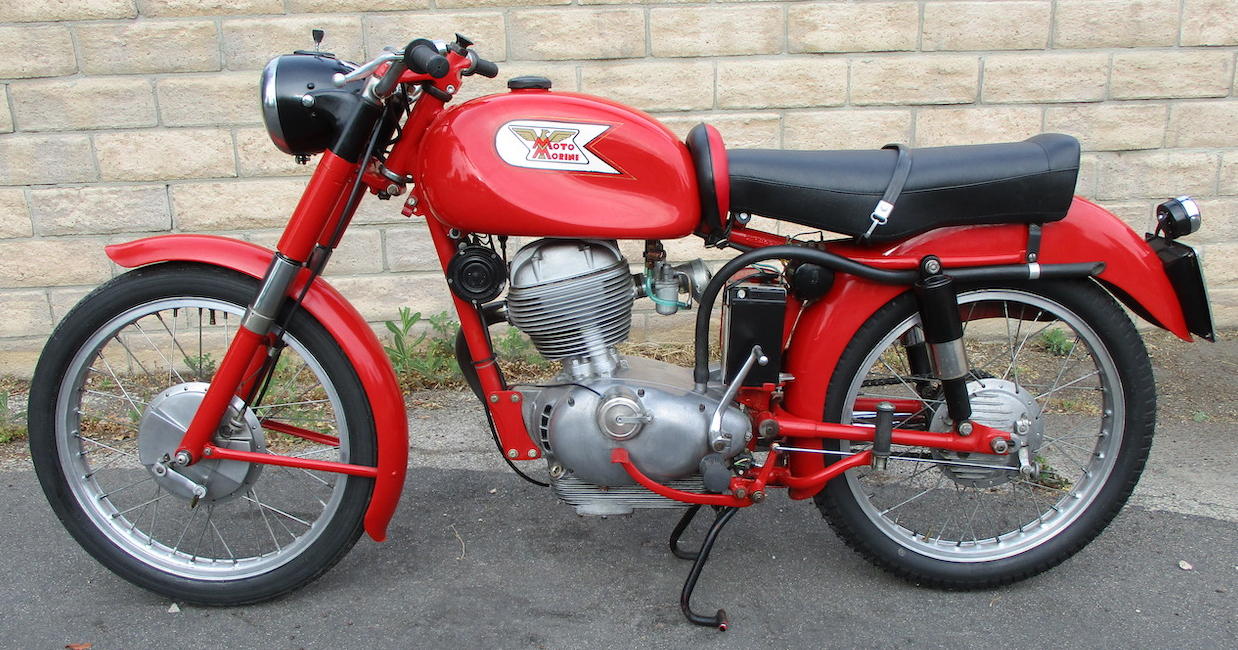 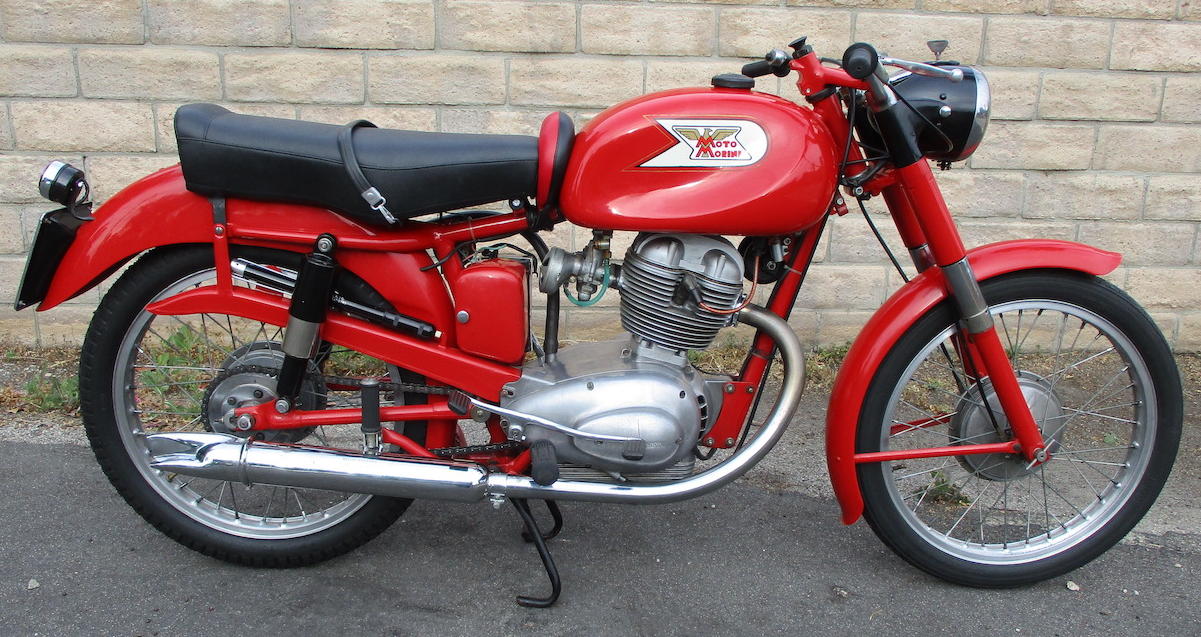 The serial number is GT18639 and it was titled (in California) as 1957 model year. As far as I know these motorcycles were not imported to the U.S. at the time. Large numbers of these and other small Italian motorcycles from the 1950s were brought to the U.S. in containers by ambitious enthusiasts several decades ago and gradually dispersed among the community, with highly erratic histories of titling (if any). When I check other reports of 175GTs the serial numbers and reported model years vary wildly (like #19969 billed as a 1954). About 4500 GTs were produced between 1954 and 1957; it was superseded by the Tresette in early 1958. One demarcation is the change from a cast iron barrel to alloy with cast-iron liner, indicating that GT18639 is one of the later years. Since there are other GTs with numbers approaching 20000 I suspect mine could well be a 1956 model.

I paid $4500 for this motorcycle and I am completely satisfied with the purchase, despite the adventures described below. That’s all part of the fun.

Here are links to other pages I’ve posted that are related to the Morini 175GT.