Like many of my generation I fell in love with Norton Commandos back in the early ’70s. I was fortunate to be able to buy a 1971 750 Roadster brand new from Paul Dunstall’s shop in South London, and I had great fun with that bike in Germany (where I lived at the time) for about a year and a half. I purchased it as a stock Roadster but took it back to Dunstall after 4 months or so for some warranty work and addition of the Dunstall dual-disc front brake and the famous 2-into-1-into-2 exhaust system. I even added some Gus Kuhn bodywork, rearsets and clip-ons. Wahoo! It helped a little bit with getting laid, but not much. A Ural sidecar would have been far more effective.

I brought the Norton back to the U.S. but sold it after another year or so and had nothing more to do with Nortons until the mid-90s, when I encountered the Norton Colorado club. That led me into another 25 years or so of Norton Commando wrangling, which only ended a year ago (2020) when I sold both my Commandos and all my accumulated parts to my friend Dennis Horgan. I noticed I was getting old and the Nortons were taking too much of my time in the shop and the Italian motos were languishing.

My main Norton during this period was a basket case ’72 Combat Commando that I rebuilt with an 850 engine. Originally it was a stock black Roadster but then I got bored and turned it into a “pseudo Fastback” using a beautiful hand-beaten alloy tank by Evan Wilcox. 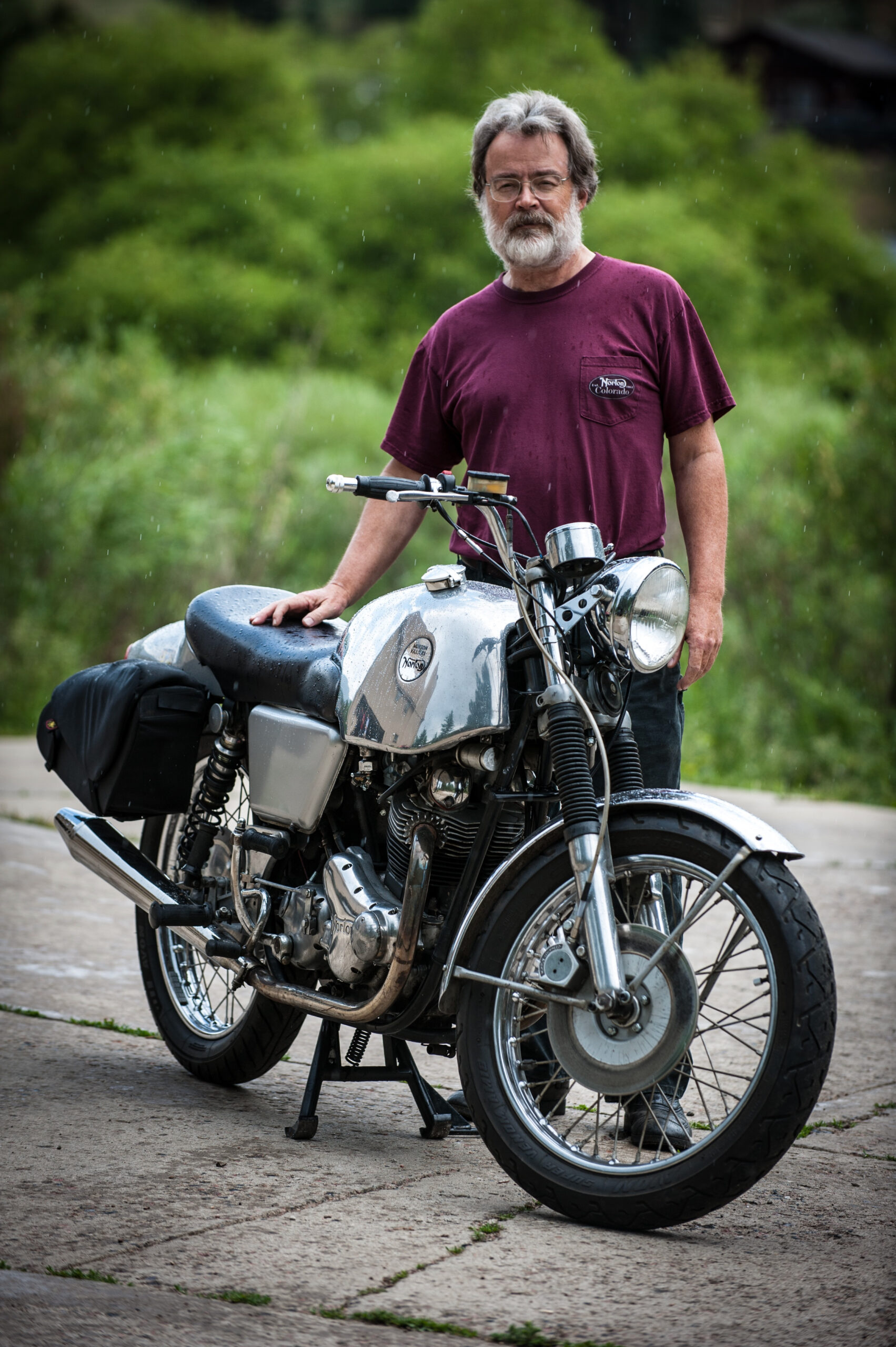 I still love the damned things and I remain very active in Norton Colorado but I’m not yet feeling any desire to have another one in my stable.